Wargames have been played for centuries.

Perhaps the oldest surviving tabletop wargame is chess.  It is thought to have originated in Eastern India during the Gupta Empire (320 to 550 CE).  At that time it was known as chaturanga.  Chaturanga means four arms and refers to the four divisions of the India military - infantry, cavalry,elephants, and chariotry. These four would evolve into the modern pawn, knight, bishop and rook.
The earliest direct evidence of chess is found in Persia around 600 CE.  The game is know as Chatrang.  The game is played on an 8X8 board.  Along with the four military divisions there are a King and Vizir, which evolves into the modern Queen.
Chess makes its way into Europe through various trading routes.  By the year 1000 CE it is widespread.  Chess continued to evolve in Europe until it reached its modern form in the mid 19th century.
Howard Staunton, a leading English chess player, organized the first modern chess tournament, which was held in London in 1851.
YouGov estimated in 2012 there are 605 million adults who play the game regularly.

Courier chess was first mentioned in 1202 by Wirnt von Gravenburg in Wigaloas, his Arthurian romance. Gustavus Selenus gives a detailed description of courier chess in his 1616 book Das Schach-oder Königs-Spiel.

The game is played  on an 8X12 checkered board.  Several additional pieces are added to the game.  The game draws its name from the courier piece, which is the forerunner of the modern bishop.

People continued to play the game for about 600 years.  By the earth 19th century the game seems to have died out.  Starting in 1821, H. G. Albers attempted to revive the game.  More recent attempts to sustain the game have met with limited success. 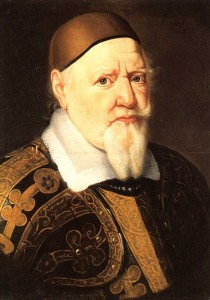 Kriedsspiel, which can be translated as war game or war play may be the first modern wargame.  It produced by Lieutenant Georg Leopold von Reiswitz  to train officers for the Prussian army.  Georg Leopold's son, Georg Heinrich Rudolf von Reiswitz, continued its development.

The game introduced many elements of play that are still used today. The game field or map is divided into a grid system.  Precast modular terrain types, special gaming pieces as well as dice should be familiar to present day players.  He also simulated the fog of war and communication difficulties.  He created the antecedent of today's  gamemaster in the form of a  'confidant', who calculated and assessed each round of moves. It imposed a uniform, complex set of rules for movement and combat.  However, it's strict rule set hampered play.

By 1876  General Julius von Verdy du Vernois improved the speed of game play and reduced the number of rules.  He placed more power in the hands of the gamemaster.  The game was played at the speed of real combat.   Gamemasters were expected to be military experts; because, it was used as a training tool.  The Prussian and then German General Staff used the new version for internal exercises and as a training tool.

Kriegsspiel has experienced a renaissance through the efforts of Bill Leeson.  He translated the original German  text in the early 1980's.  He has promoted it in the wargame press. You can play both the strict and free versions of the game.

You can get the rules, maps and associated products through Too Fat Lardies. 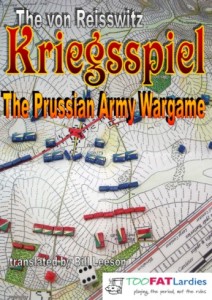 There is also a UK fan group, Kriegsspiel,which produced the following introductory video.